Well, I haven't written in awhile since some major things has crop-up in last several days so far...... But, now I had some latest news about the SJA Season 3 thing. Right now, I'm going show you a latest pic that came out about a few days ago. So here it is: 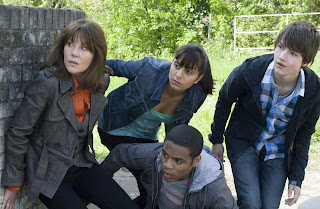 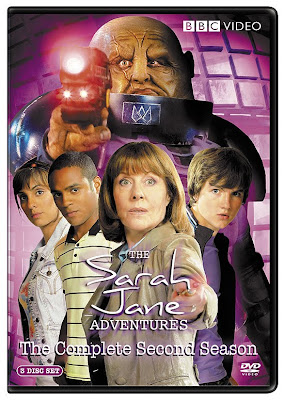 Other SJA news that the season 2 of SJA had the latest DVD box set coming out in the U.S.A as well. Here the information about the second season of SJA:

The Sarah Jane Adventures: The Complete Second Season
STREET DATE: November 10, 2009
SRP: $39.98
NUMBER OF DISCS: 3
SYNOPSIS: Life on Earth can be an adventure too! Get ready for more danger, mystery and wonder as incomparable Sarah Jane Smith returns for a second series of the spectacular, thrilling children's drama from the makers of Doctor Who and Torchwood! When Sarah's adopted son, Luke, first became part of Sarah Jane's life, he encountered a world of adventure - not just of dangerous aliens bent on invasion and destruction, but also an amazing world of wonder and excitement which showed him that the universe really is an amazing place. This is something that Sarah Jane is keen to keep from Bannerman Road, and Series Two's newest addition, fourteen-year-old Rani Chandra and her parents Gita and Haresh. But sparky Rani is a wannabe journalist and, like Sarah Jane, is not the type to let a mystery go unsolved!


BONUS FEATURES:
So thanks to http://www.sarahjanetv.blogspot.com/ for this wonderful information!
Posted by sarahjane2x@gmail.com at Thursday, August 27, 2009 Links to this post 0 comments